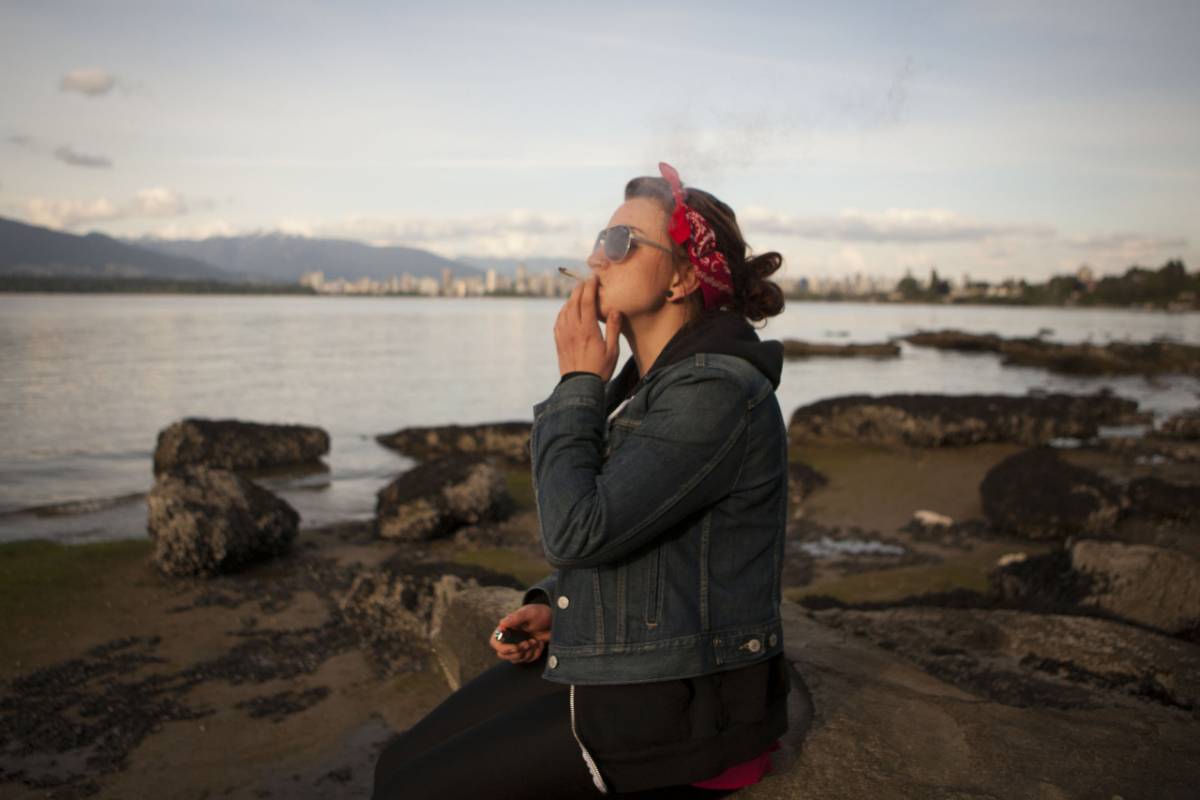 Today is my last day at the Georgia Straight.

I’ve typed that first sentence about three times over and it still doesn’t feel real to me. I would be lying if I said I wasn’t at least a little sad about my departure. The common response to my decision has been, “Why?! You love your job!”, and the truth is, I do, perhaps a little too much. I’ll explain, but first, like any heavily hyperlinked, “I quit my job” blog post, nostalgia beckons…

In journalism school, instructors put the fear of god into my classmates and I about the realities of pursuing a career in print: “You need to market yourself as a multi-disciplinarian,” I was told. “The days of surviving on one skill set are over!” So when I began my practicum at the Straight in March 2015, a final requirement to graduate, I made sure to show management that I was capable of more than just writing copy.

When it was all said and done, on a whim, I wrote editor Charlie Smith a letter asking for a job. To my surprise, it worked, and my internship turned into full-time employment.

Between the excitement that came with actually landing a job as a staffer and the fact that I was creating content for a publication I had devoured as a teenager (despite my mother’s relentless requests to “stop reading that rag!”), I got lost in my work. I poured my heart and soul into every assignment, whether I had an interest in the subject matter or not.

My early work was a hodge-podge of coverage that lacked focus, but was still exciting as ever for someone fresh out of j-school. I wrote cooking articles (really), photographed music festivals, covered art exhibitions, reviewed records, interviewed musicians, artists, brewmasters, and even an astronaut. (Personal highlights pre-cannabis editor days include flying (read: almost blacking out) in a Breitling jet and interviewing Raekwon the Chef in person.)

I fed off the creativity of coworkers like music editor Mike Usinger, who gave me so many brilliant ideas for video features (My Favourite Thing, Open House, Straight to the Pint, and Get In the Van, just to name a few) that I didn’t have time to execute them all.

I’m sure it may not have been ideal for arts editor Janet Smith, but sharing an office with her for the first few months as a staff writer was invaluable to my early development as a journalist. And when art director Janet McDonald asked me if I wanted to shoot my first cover in October 2015, I just about died with excitement. (Soon, I was being called on to shoot covers like it was in my job description. It wasn’t. I relished it anyway. Since that first one, I’ve shot about a third of the images featured on the cover of the Straight.)

When Travis Lupick (arguably the hardest-working journalist I’ve ever met) asked for a hand in creating a multimedia piece about the response to the opioid crisis in the Downtown Eastside, everything changed. Witnessing my colleague’s dedication to telling the story of a community continually overlooked by media and policy makers sparked a fire in me. In an instant, I was done with “fluff”.

For a few months, I wrote stories that highlighted individuals in the community working to make a difference, but I failed to nail down an area of focus. A month or two later I was asked if I might be interested in putting a lens on cannabis, and well, you might say the rest is up in smoke.

It’s hard to look back and pick out highlights of my cannabis coverage because it really has been a blur. There are a few obvious ones (like the only time I’ve ever been legitimately starstruck), but what sticks with me more than anything are the warmth, kindness, and generosity of those in the cannabis space who were quick to welcome my presence and eager to share their stories with me. The people that I’ve come to know through this work have made the experience of documenting this ever-changing industry so incredible.

My role as cannabis editor has been entirely positive in the sense that I feel like I’ve finally found my place in journalism. It helped me find my voice as a writer and even resulted in an unexpected book deal. Unfortunately, what I failed to see until recently was how pouring myself so deeply into my work obliterated the possibility of achieving “work-life balance”. The truth is, I’ve been dropping the ball on my partner, my family, my friends, and myself, like it’s my favourite pastime.

Consider this: For the last three years, I’ve amassed thousands of images from several trips with the intention of using them for personal projects. I have yet to edit a single photograph. Even this website was updated just once during my time at the Straight. (Twice if you count this blog post.) Creatively, I feel like I’m starving.

It’s just part of the reason why I’ve decided to end on a high note. I’m proud to say that my dedication has helped the Straight pursue a new vertical, launch a new website, and host a successful inaugural cannabis conference. Moderating discussions at Grassroots with some of the most intelligent and respected individuals in Vancouver’s cannabis community was a privilege I won’t soon forget.

Lately, I’ve been thinking about the stories that are not being told. These are the stories that keep me lying awake at night, and the ones that I have been dying to tell. Unfortunately, being tied to a desk for eight hours a day doesn’t allow for the type of documentary storytelling that speaks to my passion. It’s why I’m taking the jump into freelancing. I’ll be dedicating a few months to a contract job in Vancouver, and then doing some travelling before my book comes out in October.

To all readers, subjects, followers, experts, and everyone who has taken the time to share, retweet, or comment on my work, I thank you from the bottom of my heart. Your enthusiasm for what I do has floored me time and time again. It has been a wild ride, and I can’t fucking wait for what’s next.